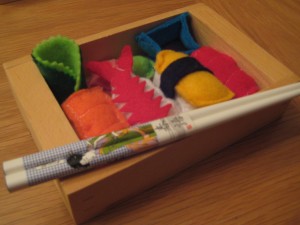 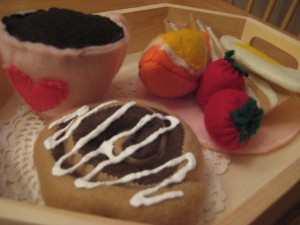 My husband and I were married by Elvis in Las Vegas. Yes, it was awesome, although I have to say that using Elvis's bathroom before the ceremony was a little disturbing...fake sideburns everywhere...

I used to teach preschool at a Montessori school that was on a working farm in Roca, Nebraska. My classroom was a historical farmhouse and the kids got to ride horses on a daily basis! I left when we moved to Colorado for my husband's job (archaeology) and then worked as a Speech Language Pathologist out on the Navajo Reservation for several years.

I'm a big fan of Indie music and used to attend basement and backyard concerts when I was a teenager in Lincoln and Omaha Nebraska for bands that are currently going by the names Bright Eyes, Cursive, The Faint, and Rilo Kiley. Nebraska music rocks! (I know it sounds strange, but seriously, it DOES)

Hmmm....one more. I was born in Seoul, South Korea because my parents were both in the military and stationed there. I spent the first nine months of my life strapped on a cradle board on the back of some Korean apple vendor. My family thinks this might have shaped my personality...ha!

I've been a crafty entrepreneur since I was five. Yes, you read that right, five. I started making hot pads on one of those hot pad looms at that age and figured out that people thought it was very cute if I had a sign that said the hot pads were 50 cents or 2 for a dollar. Hey, I knew it was the same thing, but it was such a great attention getter!

When I was twelve, I figured out how to make hackey sacks using my grandpa's home grown popcorn kernels as stuffing and employed my younger brother and his friends to sell them to their school mates. I even had little folders with fabric swatches and paid them on commission. What a strange child I was!

When I had my first son at the age of 22, I started a tie-dye business at my local farmers market so that I could stay home with him. I spent four years with the strangest colors permanently embedded in the skin of my hands and forearms, but it was a lot of fun and I met such wonderful people.

Recently after the birth of my second son, I decided to revisit my crafty side. I started making Christmas gifts for the kids and my nieces and nephews and before I knew it, my house was covered in felt and I was getting orders from Seattle, Philadelphia and Madison to feature my creations in their shops!

My kids, of course! I have a nine year old and a five month old and I try to think of what they would like to play with. My older son also has fabulous ideas for making or improving my designs and is a budding entrepreneur himself. He's recently designed and sold 16 of his own marshmallow shooters at local craft fairs this season!

I've been working hard on the Eco-felt play food this season because I get such strong reactions and the people who like it absolutely go nuts over it. The felt sushi set, tea set and sack lunch are probably my most popular items. I'm working on some new designs for a picnic set that will come in an actual picnic basket and a felt garden with life-sized plants and veggies that can be pulled from the felt soil, but these will likely be out for the spring after the holiday rush! 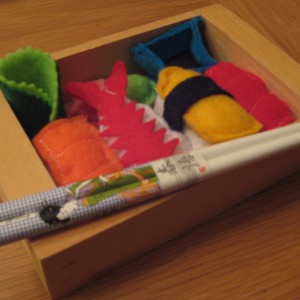 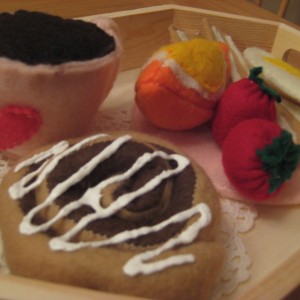 I have an Etsy shop and I've recently begun sending massive amounts of my items to Vix Emporium in Philadelphia, and The Glitter Workshop in Madison. My felt food will begin to be featured in Happy Delusions just outside of Seattleand Miss Malaprop's online shop after the holidays.

Isn't everything better when it's handmade? I think so! It's more durable and lovingly designed and put together when it is made by hand and not by machine. I also like how everything I make ends up unique in it's own way. My dolls and felt creatures all seem to have their own personalities and I like to experiment with different additions (or mutations, as my son calls them) so that they are truly unique! 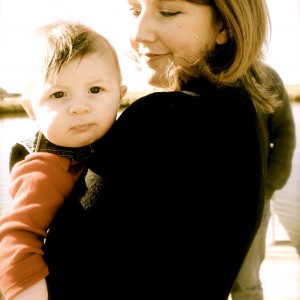